This website has been around for a long time, and has served as supplement to my classes both in California and in India. Some of the drop-down buttons do have content that, I believe is relevant for students in investments and derivatives. The blog portion of it has not been active in recent years as I have been outside the United States, but that will undoubtedly change as I return.

As I am fond of saying, one of my goals as a teacher is to get you interested in what I say and do on these pages and elsewhere in my professional life. If I accomplish that, if I strike a chord with some of you, then you will go about exploring things at your own pace and time and I don’t have to worry if I have carried out my teaching duties properly. I hope you enjoy what you see on these pages, please feel free to comment or make suggestions.

The enormity of the issues involved in creating greater equity market participation in India is illustrated in several of the following graphs. 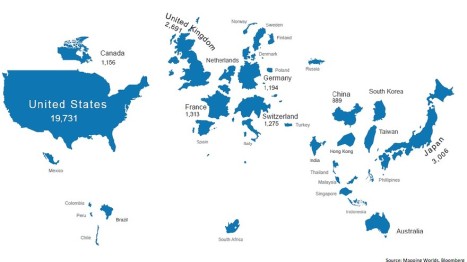 What are people aware of? 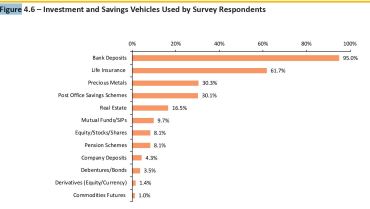 Tis the season yet again. As equity markets have been thrashing about, the chorus of bears permanent or otherwise is getting a little louder. Doug Kass at RMPro says he is underweight equities as much as in 2000 and in 2007. The links below are to pieces that are intellectually convincing, the warning signs have been around for awhile but the market hasn’t paid attention. Perhaps it is thin summer trading, programs moving things around randomly (why then do people want to regulate HFT).

From April this year, lots of P/E arguments, comes this one.

More recently, is this monthly newsletter from Skanderbeg an alternative investments shop. It begins with a quote attributed to Ronald Reagan, that I do not remember but should have. It is” Economists are people who look at reality, and wonder whether it would work in theory.”

It is partly a summary of things from the web, “hedge funds go to the dark web,” “rolling returns are a better way to report fund performance,” whines about passive indexing taking over, the obligatory SSRN abstract.

Parts of it read like a Harper’s index: Ethiopia at 8.3% is the fastest growing economy; India’s  population is 40% vegetarians (Israel is next at 12%);  US employees need to work 100 hours now to buy the S&P 500 (as opposed to 40 hours in the 1990s);  Amazon will kill more US jobs than China;  the Venezuelan bolivar is now worth less than the fake gold in Azeroth;  but I should stop now.

A few months ago, I posted stuff about fintech, linking to pieces here and there like I usually do– web, media, materials that former students send me at fairly regular intervals.  Somewhat surprised to find a message from WordPress about copyright infringement. Apparently, I should not have reposted one of those documents. It was probably intended for a special client list.  The offending piece is now off this website.

What also got affected was my desire to share. Temporarily. This site has always been about educating people who care enough to visit. I have never wanted to make any money off the information I post, but that intent is clearly not enough. From now on, it is only links with permission.

It has been that kind of week. Pierluigi writes from his job at Goldman UK, Cameron Izadi is promoted to VP at Wells Fargo, earlier Denise asks about a thesis project from Bocconi. And, I think where are you Bee Saykanya.  They ask about posts on the site, long have I been promising and not delivering!

A long bout of writer’s cramp makes me cheat. So I repost, relink around world poetry day, to someone’s “most memorable” lines ever written (thanks KNS).

03-03-17-CHENNAI-EduConclave – IIM, Bangalore, Prof. S G Badrinath speaks at a session on `How can a Make in India’education be made aspirational ?

To grasp why Standard Life agreed to buy Aberdeen Asset Management for £3.8bn this week, it helps to recall an experiment at the Oregon Research Institute in the 1960s, that rated how good doctors were at making judgments compared with formulas they helped to design.  The models won, as Michael Lewis records in The Undoing Project, his book about the economics Nobel Prize-winning psychologist Daniel Kahneman and his late collaborator Amos Tversky. Not only did it cost less to use them to identify cancers and psychological disorders in patients than doctors, but they were more accurate. The Oregon study found that it was best to check the results of clinical tests with an algorithm once professionals had made the rules for diagnosis. In contrast to technology, humans got tired and distracted, and had off days. “Only rarely — if at all — will the [outcomes] favour the continued employment of a man over a model of a man,” concluded a pivotal research paper in 1970. That judgment hangs over the men and women of the investment management industry as well as the medical profession. So-called alpha — the inimitable talent of skilled human investors — is worth paying for, as is treatment by expert doctors. But formulas are perfectly good at doing the predictable stuff, and often better. It took time for technology to be able to match what people do in asset management but the era has arrived. It is evident at Aberdeen, which has suffered a £105bn net outflow of funds since 2013 as investors have turned away from human expertise, as well as its speciality of emerging markets. Aberdeen’s problem is common to many traditional asset managers and hedge funds since the 2008 crisis, and is prompting cost-saving mergers such as the Standard Life deal. As interest rates and investment returns have fallen, investors are less willing to pay for human interference. Too many active managers have charged a lot for little more than matching the returns investors receive from automated passive funds; on average, active managers lag indices such as the S&P 500 when fees and costs are accounted for. Money is steadily flowing into index and exchange traded funds, which Moody’s estimates may overtake active funds in the US by 2024. Much of this was foreseen. In 1961, when scientific and other professions were more male-dominated than today, two researchers concluded: “Men and computers could co-operate more efficiently . . . if a man could tell the computers how he wanted decisions made, and then let the computers make the decisions for him.” It is an uncannily accurate description of what is known as “smart beta” — the freedom to pick aspects of investment return, such as risk, growth and volatility, and replicate them in automated form through an exchange traded fund. Once instructed how to select from thousands of shares or bonds, algorithms can ensure that any fund has the right blend of attributes. Technology has made inroads into what money managers do. First came funds that matched indices so that an investor could achieve the same return as, for example, the FTSE 100 without having to buy all 100 securities and keep on updating them. Then came smart beta’s ability to reproduce professional investment styles equally precisely and more cheaply. “It just gets harder and harder and harder,” reflected one money manager this week. His is the predicament of other professionals — anything done by a person that follows a pattern and can be coded into a form that a computer understands will soon get squeezed. Technology also has the advantage identified in 1970: algorithms stay constantly alert. It does not imply the complete death — or automation — of the investment manager. A professional can still undertake original research on a company or a security that provides insight. As more of the market becomes automated, originality becomes rarer and more valuable: an idiosyncratic investor should achieve higher returns by standing out from the robotic crowd. Nor can algorithmic efficiency be wholly divorced from human intelligence, as the Oregon study showed — the point was that humans needed to set parameters for computers to follow. Many asset managers use analysts and researchers to build investment models that then trade securities automatically; others blend their active risk-taking with passive elements. This could be a low moment for human asset managers — not only do their fees look especially high in a low interest rate world but quantitative easing inflates asset prices and makes it harder to be distinctive. There are cyclical reasons for the hard times. But these difficulties demonstrate how automation eats into professions, not by taking away all the jobs in one day but by unbundling them — dividing them between tasks that only humans can perform and those of which an algorithm is quite capable. Then the boundary relentlessly shifts. The Oregon researchers showed clearly half a century ago what would happen, and now it has.

Navinder Singh Sarao, dubbed the Hound of Hounslow, is  in jail for the flash crash, had Aspergers and himself got scammed (here).  Shortly thereafter, there is another report by academics at Stanford arguing that he may not even have caused that crash (here). Once again, truth is stranger than fiction.

Some of the assets behind Monte Paaschi’s mountain of NPAs are acres of old Tuscan properties (here). Must be prohibitively expensive to maintain, buy one yet Linda?

Came across a youtube video (here) on how options trading in India is done.  Put together by ICICI.com for traders, the typos in the subtitling are frequent and hilarious!

The NYT (here) talks about items that traditional growth measures like GDP omit or mis-state. Created during the 1930’s, these tools are constantly being revamped to reflect changes in consumer tastes, preferences, and the corresponding weights of components in the “typical” basket of goods and services. Still, what is counted is stuff that is traditionally produced (read: manufactured) and consumed, stuff that has a price. Despite hedonic adjustments for innovation and the consequent quality improvements, much does not get counted. Martin Feldstein points to how increasingly prescribed statins have significantly lowered the incidence of heart disease, but the benefits of that well-being does not get captured anywhere. Furthermore,  in this digital age it is not these goods, but many services that we consume-most must have a value but do not have an obvious price.  Free software updates that we periodically download, streaming services, wikipedia instead of a trek to the library are some examples. Ad revenue is the ubiquitous substitute for a number to capture the economic value of such services, but how good a number is it really? Have to wonder if global growth is being understated.

Meanwhile, the FT (here), talks about demonetization in India offering opportunities for insurers.  Not just insurance, but the abililty to market various financial products was somewhat sneakily given to the newly licensed payment banks which offer mobile banking services to the cashless economy. Of course, “free’ insurance upto a max is bundled with their offerings. Potentially a $60 billion-plus market, says the FT and I think of Fairfax Holdings cashing OUT part of their ICICI Lombard stake for a cool $ 1 billion couple of weeks ago (here). Nice.

And from Al Jazeera (here), admittedly a tiny, symbolic step towards reducing global dollar hegemony as the BRICs have been wanting to do for some time.

On the heels of the “recap and release” of Fannie and Freddie, comes this story from Bloomberg on the continued revival of the mortgage backed securities market.  Indexes based on mortgages are being contemplated, but no,  not the subprime variety.  Since 2013, these are now called credit-risk transfer securities (LOL), they are pools of higher grade mortgages,  investors will be forced to bear losses if home-owners default on their loan payments. All without the implicit government guarantee as F and F are soon to be saved! Hallelujah!

Seriously though, nine years after the crisis, risk appetites are to be tested again. These CRTs are akin to the higher tranches of CDOs in some sense, but hopefully some lessons have been learnt.